Remember the time Trump tweeted "Covfefe"? and it created a stir because no one knew what "Covfefe" was? Trump tweeted again at 6:09 am: "Who can figure out the true meaning of "covfefe" ??? Enjoy!" and the original tweet was removed.

People were confused. Lots of way out guesses.

But some people know about World Wrestling Entertainment, Inc. (WWE) and that Trump is a WWE Hall of Famer.. Let's add in that not only is Trump an actor, he's a reality show star.

Kayfabe is a term in WWE:


In professional wrestling, kayfabe (also called work or worked) is the portrayal of staged events within the industry as "real" or "true", specifically the portrayal of competition, rivalries, and relationships between participants as being genuine and not of a staged or predetermined nature of any kind. The term kayfabe has evolved to also become a code word of sorts for maintaining this "reality" within the direct or indirect presence of the general public.

"Covfefe" doesn't make sense, but the tweet makes a whole lot more sense if we change the word to what it should have been "kayfabe":

We know that the Dems wanted a pied piper candidate (Wikileaked Podesta e-mail). Why not have Trump be the "jobber" or faked opposition in WWE Terms? The Candidate would be a great reality TV show as CBS CEO Leslie Moonves said about Trump, "It May Not Be Good for America, but It's Damn Good for CBS."

Trump received nearly 6 Billion in free coverage because he was good for ratings. Better yet, not only was he the "jobber", but he could be the "heel" (villain, baddie) to Hillary Clinton's "face" (the good one). Trump acts like a jerk and distracts from Clinton. Did Trump just say "pussy"? 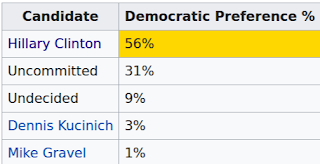 Except things didn't work to plan. Hillary Clinton was so bad, which was something mentioned in 2007. But you were a "misogynist" if you said in in the 2016. Clinton was so bad that the result of the 2008 Michigan had Clinton "win" with 51% of the vote, but the runner ups were "Uncommitted" 31% and "undecided" 9% (total 40% for nobody).

The way that translated in 2016 was that she couldn't get enough votes in what she thought were the close states: Michigan being one of those close states.

That meant that Trump would move reality shows from "The Candidate" to "the Presidency of the United States". He would keep the role of the heel and the public could boo him to their hearts content.

They would have "the impeachment" as a spin off where the Democrats could pretend to look into what went wrong in 2016 while really doing fuck all about the problem. But like "The candidate" the Dems didn't plan on public reaction. The Dems had to create a show for the public.

But the problem was that the Dems knew it was a bad idea and would be doomed to failure.

Worse, if the public twigged to what was actually going on in Ukraine they would be even more pissed at the Dems.

Some people got it and didn't feel so good. They couldn't understand why.

It's like covfefe. People were guessing. People were confused until they understand it was Trump breaking kayfabe.

You won't know what to feel until you understand the impeachment was just duopoly kayfabe.
Posted by Laci The Dog at 8:42 AM