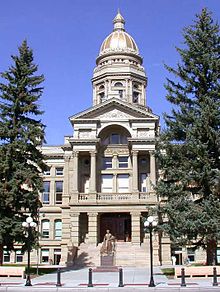 As I read this, it occurred to me that the Republican Crazies are running the Asylum in Wyoming, and the nut house is their state capital building.  Which is bad enough - but it's worse when you put the lunatics in charge of it.

What led me to think that the good legislators of Wyoming had cracked their nuts, gone mental, lost their grip on reality, or were perhaps suffering from some form of delusion, possibly dementia or schizophrenia was THIS news article.


CHEYENNE – Fearing an economic and political collapse nationwide, Wyoming lawmakers are moving ahead with legislation to deal with a doomsday scenario -- complete with plans to create a state currency.

“Things happen quickly sometimes — look at Libya, look at Egypt, look at those situations,” the bill’s GOP sponsor State Rep. David Miller told the Star-Tribune in Casper. “We wouldn’t have time to meet as a Legislature or even in special session to do anything to respond.”

According to the Star-Tribune, House Bill 85 would create a state-run “government continuity task force,” to prepare Wyoming for potential disruptions in food and energy to a complete breakdown of the federal government.

Miller is also asking for the task force to look into creating its own state currency in the event the dollar loses value entirely.


The Wyoming House of Representatives advanced the legislation on Monday, but eliminated language calling for plans to implement its own military draft, army and acquire an aircraft carrier.

The bill now must pass two more House votes before it would head to the Senate for consideration.


Now, it just makes sense that the good legislators, especially the more bizarre and stupid Republicans and Tea Partiers among them, and the good citizens of Wyoming could be better spending their time on things like jobs bills and real-life real-world real-time practical matters, and less time on either culture war legislation requiring state religion and pseudo-scientific fantasy.

State Representative Miller, do you get your ideas on the same Internet sites as the right wing idiot in the Indiana state legislature, the one who believes the Girl Scouts are sexy Communist Lesbian Abortionists? Are you afraid, Representative Miller, because we have a black President? Are you marking on your calendar in red crayon the End Time Dayz, and maybe drooling just a little bit as you do so? Do you have this sign in a prominent place in your office - 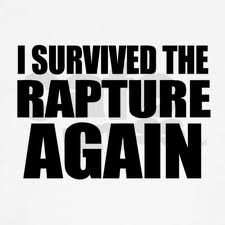 or is this an image from your family Christmas card?

Sir, what did you think you were going to do, IF you could get an Aircraft Carrier - put it up on blocks in front of the capital building?   Maybe surround it with Buffalo grazing on the rolling grasslands of the prairie? 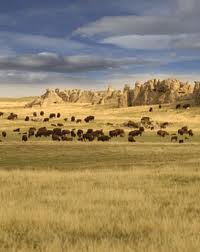 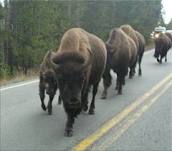 Just to refresh my memory of the state of Wyoming, from prior visits as a child - my parents thought I should be educated in the regional differences of the United States - I took a quick look at both topographical maps of Wyoming like this one, and a satellite photo of Wyoming.  Those confirm what I remember - no major bodies of water.  That water, behind the Buffalo Bill dam?  The reservoir from damming up the Shoshone river - it's NOT BIG ENOUGH for an aircraft carrier, sir.  But  more than that, there is no way to get an aircraft carrier there.  It is not practical to take one apart and reassemble it; they don't make them out of Legos.

Were you unaware Representative Miller, that Wyoming is not only a very landlocked state, having no ocean or Gulf/Sea access, but also a state which lacks a sufficiently large body of water for an aircraft carrier.  It's not like you're a Great Lakes state either, which could maybe, kinda, sorta, with a shoe-horn manage an aircraft carrier, if we could get one into the lakes in the first place - a big IF.  They are quite large, you know, those aircraft carriers. 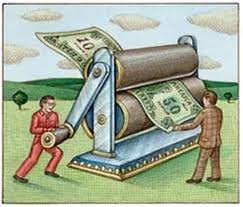 You do realize that is a crazy idea, don't you Representative Miller?  Do you understand that ALL of your proposals under this legislation, like creating your own "apocalypse buffalo bucks" currency are equally stupid?

I was a Girl Scout as a child; I do respect their motto 'Be Prepared'.  But Representative Miller, and all your right wing tin foil hat wearing colleagues in the legislature, that pertained to real solutions to real potential problems.  Despite the silly idea that the other right wing nut, the one in Indiana, has about the girl scouts, you could do far worse than to follow their motto, the very pragmatic and reality based way they do so.

Thank goodness the health care reform that you and your other crazy conservative buddies like to demonize as 'Obamacare' provides good mental health coverage; because you and anyone who supports this crack pot idea are more batshit crazy than Orly Taitz -----and that is pretty darn crazy.

Then people like you came along Representative Miller, and changed all of that - and not for the better.

I am waiting and wishing that moderates, that less ideological fringe lunatics, will emerge from wherever they have gone into hiding, and will take back the GOP.  I'm waiting for that sunny, wonderful day when sanity will prevail on the right again, when the right will not be synonymous with stupid any longer, or with religious extremism, and some sort of demented Christian theocracy contrary to the Constitution.

Resign from the state legislature, Representative Miller; check yourself out of government and into a mental health facility with padded rooms.  It will bring that right wing swing back from the fringe lunacy to reality a little sooner.
Posted by dog gone at 5:00 AM