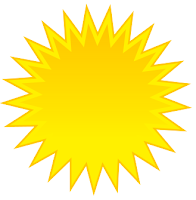 This week I've spent three days in Washington, D.C. Each day was well above 100 degrees, with a humidity so thick visibility was no more than a couple of miles. The air hangs over the city like a dirty brown blanket, trapping pollution and the smells of the city, reflecting them back to the street to remind us all of what the air would smell like if a soft breeze didn't so often carry them away.

This reminder of what a modern city in 2010 creates, air quality warnings, brown-outs and rolling black-outs as power grids are taxed to the breaking point to provide the energy needed to keep us in our air conditioned houses, out of the oppressive atmosphere. We drive to work, shelter in our offices, burn our coal to create the power, further turning the skies brown, and then we...

Deny it has any impact.
The Global Warming Denier Faith claims the skies look like the oil-soaked waters of the Gulf of Mexico after the Deep Water Horizon catastrophe has no meaningful impact at all.

I am tempted to ask my conservative friends about this, the ones who like to cackle when there is a cold-snap and quip, "So much for Global Warming" or "How's that Climate Change thingie workin' out for ya'" (credit to Sarah Palin). They forget (or ignore) there's a huge difference between climate and weather. One is a long-term pattern, the other simply today's circumstances as a small part of that pattern.

I want to ask my friends after a spell like this week, where record temperatures are being set across the country, where 2009 was the warmest year ever recorded, "I don't know, how's this week workin' out for YOU?"

I want to ask them, do you still claim that it's all a hoax? Because if you do, may I please direct your attention to:

Without meaning to take a shot at anyone who comments here, claims that the British scientists "made it up" have been debunked. The worst that can now be said about those scientists is that they weren't entirely transparent. The whole "hoax", though, has been refuted. For those unaware, the hoax claim stemmed from the fact that of many geographical locations of climate measurement and spanning decades, at one of those point, during the 1950's, the decade with the sharpest rise in temperatures, that one point, saw falling temperatures and the scientists involved rather than spend time trying to explain this anomaly, folded the data into a longer term chart - stop the presses!
Now after an investigation, of course what's been shown is that their methods were sound, their measurements correct, and their conclusions were on point.

Instead, the reek of fraud is wafting up from the charges themselves (and from those in the media who made them). It is not the data and not the researchers which have an issue or questions to answer, but rather those who attempted to take one isolated incident of condescension, and perhaps of 'hiding' something which was a little inconvenient, and claim it disproved hundreds of person-years of research, disproved thousands of findings and which pointed to something knowingly untrue (if you believed the anomolous finding rather than the raft of other measurements) - namely that the Earth is cooling - because that's what the one set of data suggested. It didn't speak to/refute human causation, it (according to the Denier Faith) suggested the measurements were faulty and the Earth was in fact cooling.
That is something that no respected scientist on any side of the debate agrees with. The fact that the Earth is warming is undisputed, there are hundreds and thousands of measurements of average temperature to validate it.

What is in question is the cause, but this claim of "hoax" wasn't about cause, it was about the actual reality (or unreality) of warming itself. Consequently, since those in the Denier Faith must know the Earth was warming, they also should/must have known claiming "it's all a hoax" from this incident, was itself, a hoax, a lie, a gross exageration perpetrated to fool those who didn't look any deeper than claims of faked data and e-mails disparaging those who disagreed.
No, it is the accusations of "made up" data, of phony results, that was the true fraud, and it smells as bad as a three-day old dead fish left out in this sweltering, 100 degree miasma they refer to as air here in D.C. The charges and those making them don't pass the sniff test.
However, I wouldn't recommend holding your breath waiting for them to admit they were wrong; but you might want to hold your nose. 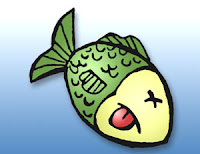