Sorry, but Laci is no longer taking new cases.


A suspect in an interrogation told detectives to “just give me a lawyer dog,” the Louisiana Supreme Court ruled that the suspect was, in fact, asking for a “lawyer dog,” and not invoking his constitutional right to counsel. It’s not clear how many lawyer dogs there are in Louisiana, and whether any would have been available to represent the human suspect in this case, other than to give the standard admonition in such circumstances to simply stop talking.

While Laci strongly believes in the Constitutional Right to Counsel, she is no longer taking cases.  Even if she were willing to take this case on, she is not licensed to practise in Louisiana.

Too bad the PD was unaware of Laci, since he could have used her as a quite willing Canine counsel for his client in cases of judges with acute robeitis.
Posted by Laci The Dog at 10:17 AM No comments:

That pretty much says that an incompetent black person can indeed get into high office in the US.
Posted by Laci The Dog at 7:58 PM No comments:

A Response to Ta-Nehsi Coates

According to Newsweek, Ta-Nehsi Coates  said this about Trump: 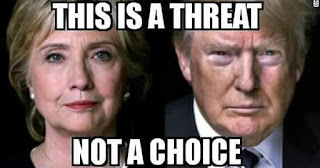 “Trump is professionally stupid,” Coates said during a lecture at the University of Pennsylvania on Wednesday.
“You cannot convince me that somebody could be black, and be that politically unqualified, and even be a governor, forget president. If Donald Trump was black, he wouldn’t have made it off the block,”

This is one of the most politically ignorant comments a person could make: especially after the last election.

Since Mr. Coates seemed to have missed it: two of the most unpopular candidates to ever run were chosen. Hillary Clinton was chosen to be the Democratic nominee long before anyone even voted in a primary.

Donald Trump was supposed to be a Candidate who Clinton could beat.  Note Ben Carson is also on the list.

Ben Carson has the charisma of a mannequin, but I am sure it would be President Carson if the powers that be wanted it. They would have built him up the same way they built up Trump.

Hell, we had George W. Bush (another election thrown by the electoral college)--he is as close to a trained chimp as you can get

Seriously, were you asleep during the last election?  The most popular candidate ever, Bernie Sanders, "lost" to Hillary Clinton. But that was due to the powers that be moving heaven and earth to suppress the Bernie Phenomenon. Even with all the suppression, Bernie had the momentum and probably would have been president.

Still, the Dems went with Bernie for Clinton. They preferred losing with Clinton than winning with Sanders. 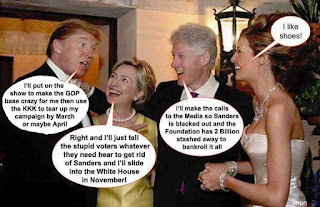 The problem with that is that the same "populist" image Bernie projected was something the reality show star could also project: even though he has as much in common with the average US citizen as someone from Burkina Faso.  Although, US culture is asperational and a scam artist like Trump projects the "prosperity" US citizens believe can be theirs.

Sure it may come with all Trump's bankruptcies, but its the image Trump projects which was what made him dangerous.

On the other hand, if you are saying that Trump was not supposed to happen:  he was a choice that went horribly wrong for the powers that be since Clinton "should have won in a landslide".  I'm not sure I can agree there since the powers that be wouldn't have let him anywhere near the White House if he were totally out of control.

The real bottom line here is that neither Clinton nor Trump would have been candidates if it were solely based on popularity and a fair election process. Or even competence. They were chosen long before the election began (Clinton DEFINITELY was).

We would have had President Sanders if the system really held free and fair elections:among other things (such as a truly free press).

Why didn't you mention that this election was held without the most of the protections of the voting rights act of 1964: that is far more germane than trying to make this an issue of race.  And given the origins of that act, I thought that would be your primary agenda.

More of the Russiagate Scam

The Russians spent just 0.05 percent as much on Facebook ads as Hillary Clinton and Donald Trump’s campaigns combined in the run-up to the 2016 U.S. presidential election, yet still reached a massive audience.

The Russians got a good return on their money if they actually influenced the election.

Personally, I think the Republicans should be pointing out what really led to Hillary Clinton "losing" the election: the electoral college and how screwed up the US system of elections happens to be.

The problem with that is that it also blows back on the Republicans.

Anyway, don't expect too much serious discussion of what happened in this last election since the duopoly is happy with their lock on the political process.