Joe Biden fracks up his chances to be president

Joe Biden said I shouldn’t vote for him if I wanted to ban fracking.

The problem with Joe is that he is WORSE than Hillary Clinton for switching positions. Climate Change, Fracking, and the "Green New Deal" are a case in point.

His position switching make him untrustworthy.

Let's add on top of that the allegations of accepting bribes from foreign countries, which he denies. Despite the "laptop from hell" confirming any suspicions about this matter.

Joe's record is out there and it's not good. He's not "progressive" by any standard unless you are Fox News. And the same goes for Harris. They were both candidates whose campaigns tanked.

As Steve Bannon pointed out, Bernie Sanders would have been the nominee if this primary process was on the up and up.

Yes, I am still of the opinion that Trump will win again in 2020 and that any other outcome is wishful thinking.

Trump supporters are (1) still fairly solidly behind him, (2) not very vocal in their support, and (3) going to be more inclined toward him that a Biden-Harris ticket. Let's toss in that most voters have pretty much already decided who they will vote for and will not switch.

Biden supporters are the case in point. Trump derangement syndrome has literally set in. How to tell if you have it: would you be vaccinated if Donald Trump announced there was a vaccine for corona virus?

Remember that any approved vaccine would have to pass FDA regs.

Biden is unscrutinised and even when scrutinised things like #metoo and "Believe all women" goes down the shitcan when it's Tara Reade. And never mind all the videos out there. Same goes for the allegations of bribery from Ukraine and China. 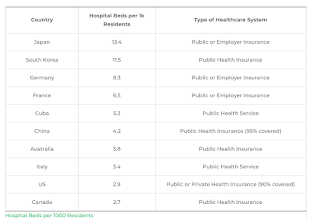 On the other hand, can the allegations that Trump "mishandled" the pandemic lockdown play that well with voters who are having to actually deal with the lockdowns? I have the luxury of their being an inconvenience, but this is a hardship for a lot of people.

The proper course of action would indeed be things like medicare for all, universal basic income, job security, and other "socialist" programmes. Toss in contact tracing and a lot of other things which people in the US would balk at.

Despite what Fox and Sky News Australia say, Biden is in no way willing to do the necessary steps to truly handle Covid-19. I would also guess that Harris wouldn't either. It seems to be one of the qualfications for being a Democratic nominee that you have a public and private position. Biden has made it clear that nothing will change if he is elected, but there will be lots of committees and investigations.

I'm not sure how persuasive Biden and Harris are to the people who will really decide the election: the actual undecided voters. On the other hand, both Biden's and Harris's campaigns were considered dead until the "super Thursday" miracle. Then what was previously left for dead was declared the hope for the US.

The prognoses are still not good, but we can't criticise the chosen ones or we are somehow "helping Trump win".

Wouldn't running a couple of the shittiest candidates imaginable (even shittier than Hillary Clinton) count as "helping Trump win". "Trump bad" only works with the sufferers of Trump Derangement Syndrome and not uncommitted voters.

Or voters who want to hear real policies and agendas instead of what one would expect someone who has been in the US legislature to spew out.

Given the possible outcomes.

A Trump win is the better choice since real reform can only come from having to make compromises and changes to the system. The "lesser evil" system is how we got into this mess. Case in point, the Presidential Debates, which at one time were run by a non-partisan body, the league of women voters, but are now run by the "Commission on Presidential Debates", a partisan body.

The two party system sure as fuck isn't how we will get out of the current mess in US poltics. And it would have made a lot more sense to work on electoral reform the past four years than chase imaginary Russians.

I voted Third Party and I don't regret it.

Sorry, Rachel Maddow, but getting the Green Party off the ballot by the "Democratic" Party won't stop people from voting Green there. I wrote in Howie Hawkins and Angela Walker. My ballot has been received and will be counted in some way or another.

I am not as enthusiastic about the Green Party presidency as I was in 2016 when Jill Stein ran. My support has been behind Lisa Savage, who is running as an independent in Maine. My hope is that State's use of Ranked Choice Voting will result in a Green Party victory. I won't get into the mechanics of that system, but that is what a truly "Democratic" Party would have supported.

The past four years would have been better spent on looking at what went wrong in 2016 and fixing those problems instead of wasting time on imaginary Russian Interference and ignoring Ukrainian bribery of the Biden family. Election reform makes far more sense, but we can't make US politics unprofitable.

That's the only reason US elections drag on interminably: MONEY. 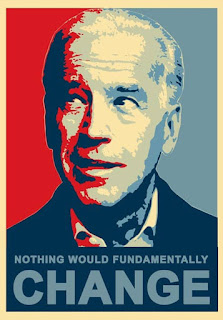 I don't have Trump derangement syndrome which makes it easy for me to see that Biden and Harris are just as bad, if not much worse, than Trump and Pence (unlike this person who is sadly stuck in the duopoly mindset). I want a party which comes offers what Bernie Sanders did and am under no illusion that Party is not the "Democratic" one.

It ain't called the "Green New Deal" for nothing and you won't get it from any other party than the Greens. Biden made it quite clear in the first debate that he will not cater to the left wing of the Party.

The problem is that Sanders WAS popular. That has been neglected in all the analyses of 2016 and his 2020 run.

Bottom line. There needs to be new players in the US political game. There also needs to be a serious reform of the electoral system: ranked choice voting, get rid of the big money/cut the cost of campaigning, putting the debates back in the hands of the League of Women Voters, etc.

And if they give you ruled paper, write between the line.

Why I believe Biden will lose.

I am not swayed by polls and am still firm in the belief I stated back in June that Trump will get another four years. Time has added new reasons to the ones I mentioned in that post. The Democrats should have trashed any hope on Biden after the failed attempt to impeach Trump.

I am very familiar with Ukraine and the criminals in that case were the Bidens who saw the cess pit of corruption that is Ukraine as their pot of gold at the end of the rainbow.  But Biden and the Democrats have put their hopes in the fact that Trump derangement syndrome will blind people to how

BAD Biden happens to be. 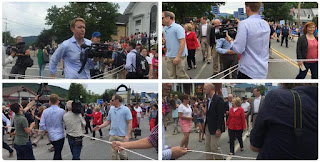 Biden must be grateful to Covid-19 for allowing him to hide from the press so that he doesn't have to walk down the street roped off from the crowd the way Hillary Clinton was. The media's obsession with Trump coupled with his ability  to dominate the news has allowed Biden to purposely and persistently minimize public appearances and tough questions.Biden has yet to be pinned down on a variety of important issues, which is a good thing since he switches positions on issues even more than Hillary did.

Biden changes his stripes more than a chameleon in a Skittles factory. And he’s doing it again by claiming the mantle of unity in this election. Today’s Biden is a made-for-media candidacy untested by interactions with his base. 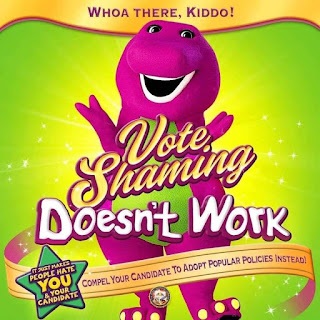 Fox News is wrong. Biden and Harris are not socialists and do not appeal to the left/progressive wing, unless it's the meaningless virtue signalling version. I'm not sure if Biden appeals to the Republicans who don't like Trump either since Biden presents a nebulous position on pretty much every topic.

Another thing which will effect this election are the silent Trump supporters. I'm not sure if the silence is due to fear, or a lack of media attention to anyone who supports Trump.

Anyway, I already voted and it wasn't for either Trump or Biden. I doubt that Rachel Maddow will bother with trying to get a third party voter on her show, but I gave up on her once she began to push Hillary Clinton and then went on to push that Russia was responsible for Trump's win.

The DNC needs to have a purge if the Russians were responsible for their failures in 2016 and 2020.

Maybe the Dumbocrats will take a serious analysis of what went wrong if I am correct, but I am not hopeful. I know they will continue to blame everyone and everything except themselves.

Have some fun predicting who will win the election here. I think Trump since most of these states are "pro-gun" or effected by the riots.