Critical Race Theory, Systemic Racism, and People's reactions to it.

OK, I am sure the fans of "Critical Race Theory" want to tell me how I am an oversensitive white person who is feeling threatened instead of wanting to admit that their basic premise may be seriously flawed. Let's take this quote about the racist nature of slavery:

And while slavery is over, a racist society continues to exert dominion over black men and their maleness in ways more subtle but hardly less castrating than during slavery...

Which rates an overwhelming "what the fuck?" from me.

This is because, as a European, I am very familiar with "systemic racism".

There wouldn't be a "race issue" were slavery anything vaguely like the genocides perpetrated in other countries. That's because instead of the mental castration which blacks feel due to slavery, even though NONE of them have been slaves, actual genocides result in the killing of people.

Part of Eastern Europe which were once centres of Jewish Culture, such as Vilnius, were purged of any Jewish influence during the Holocaust. Were US slaves actually castrated, there probably wouldn't be any blacks in the US. And were the slaves treated as the slave labour was in Auschwitz? Auschwitz's purpose was to supply workers for the I.G. Farben factory: it wasn't predominantly a Vernichtunglager like Belzec, Treblinka, Sobibor, and Majdenek.

Well, you get the picture.

The slave labour in concentration camps was barely fed. Even the prisoners who worked on Operation Barhard, the operation to forge British Banknotes, were poorly fed. They also suffered from the diseases caused by poor sanitation in the camps. And these were skilled labour!

US Slavery was bad, but the owners saw an economic purpose to their slaves. Slaves were like livestock and had value. They were fed and probably cared for when ill. The Jews, Armenians, and other victims of genocide aren't valuable. The victims of a real genocide are exterminated like vermin.

Additionally, true systemic racism doesn't allow the oppressed race to have positions of power. We would not have blacks who were in positions of power, such as CEOs, legislators, or the head of State, let alone people who wish to teach these theories in classrooms. Idi Amin ordered the expulsion  of some 50,000 Indians from Uganda and told them to leave in 90 days.

There is a big difference between a "systemically racist" nation and the United States. I guess that having had more than 50 years of desegregation has caused an amnesia for some people of what things were like.

Remember the graffiti from Baltimore that said "blacks killing blacks" was genocide. Maybe it's time that blacks started taking responsibility for their own community instead of blaming "whippl" for what is going on in their communities.

I am an unabashed fan of the Euro. I think it's the best thing about the European Union next to the right of free movement. 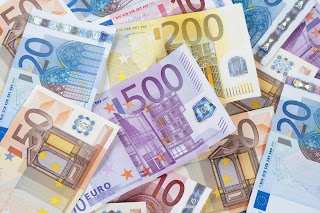 The coins are really cool with national designs that distinguish one nation's from another.

On the other hand, the notes are pretty boring. They are architectural designs of windows and bridges. But there is a reason for this: one nation's important person might piss off another's. Who do you put on the note so that everyone will like it?

Instead the architectural motif, which is OK since most people use other methods than currency to pay for things. Let the drug dealers use the notes.

The reason I mention this is that there is a battle over the US $20 Note. Current personality is Andrew Jackson, a person who makes Donald Trump seem palatable: even for the people who suffer from Trump Derangement Syndrome. Some people want to replace Andy with Harriet Tubman, who has a picture that looks like Don Warrington in drag.

The big issue here is racism. Jackson sold and owned slaves. Tubman was a slave who helped some of them escape to Canada and Freedom. Some people have issues with both personalities. I would just like a different picture of Tubman if you're going to use her.

The Euro has a solution to this problem: scratch the people and use something inanimate. There's a point to being boring.

Actually, I should say most "legacy" advocacy groups since the issue is less whether I agree with their position on the issue and more that I disagree with their becoming partisan (and it's more than just GVP groups that are guilty of doing this). The partisan aspect not only has caused the groups to support and reinforce a system which is toxic: it has caused these groups to stray from addressing the issues they SHOULD be addressing. That makes these groups totally ineffective and counterproductive.

I'm finally getting to this since I have been receiving a lot of "Trump  is bad" campaigns instead of something relating to the issues in question. First off, I never suffered from Trump Derangement Syndrome the way a lot of people on the left have. Trump isn't the problem: he's very much a symptom of a terminal illness which is US politics.

And one which most of the groups trying to get people to act viscerally have contributed to way more than they should.

"Gun Violence Prevention" isn't on the top of my list. On the other hand, a lot of groups on which it should be a priority are ignoring it, or just making the situation worse. I would agree that people shouldn't have "assault rifles" under most circumstances, but that changes a lot when people are in Cloud Cuckoo Land about the nature of the "peaceful protests" and saying "defund the police".

Patricia and Mark McCloskey should not be laughed at or prosecuted, but should have been given compassion. Especially since I think they represent a good portion of urbanites who are feeling under siege. You don't have an apartment building a few blocks away from where you live burn and not feel a twinge of concern. Saying "defund the police" is total insanity.

The problem is that society is  polarised and the advocacy groups aren't helping things if they join the fray. They should be trying to figure out how to make progress, not make the situation worse. We should be talking to each other, not entrenching ourselves in untenable positions. I'm supporting the non-partisan, not the partisan.