TED Talks, TED Truth: End Republican Lies and Ignorance, before we pass the tipping point of no return 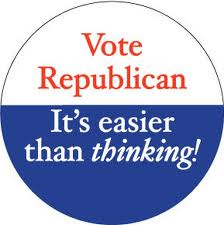 Speaking truth to power about corruption: Republicans are destroying this nation, destroying our economy.
Those who are educated, those who know how economics in practical terms really work (which includes R-money) like Boehner, McConnell, Cantor, and of course the Republican enforcer du jour, who will prostitute himself for the power and money of right wing politics, Ryan all must KNOW that they lie every time they open their mouths and use the words 'job creator' in the context of giving more money to the rich.  The stupid, the ignorant, the fantasy worlders, the modern equivalent of the peasants who believed the earth was flat, or the earth was the center of the universe are the ones to whom they preach their poison, who blindly believe their poison.
Bachmann might just be so stupid she really believes the Republican lies, and doesn't know better,  ditto popsie Palin.  It's hard to tell; Bachmann is absent from actually doing her job so often. 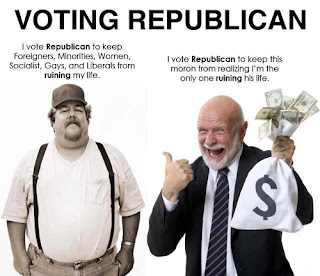 So.......whether you are the Republican on the left, who doesn't know shit from shinola about economics, or the Republican on the right who does, but is simply lining his  pockets and looting yours, while killing the U.S. economy and any honest or effective government with stupid bullshit, it is bad.  The little bumper sticker thinking guy on the left swallows stupid premises(along with other ignorant, discredited fantasies that are reality averse, like liberal fascism). It is time for him to go.  It is time for the right to learn, to change, to stop going so rapidly backwards into destruction.  It is time to get rid of the crook on the right - double entendre intended.
TED talks are :
TED (Technology, Entertainment and Design) is a global set of conferences owned by the private non-profit Sapling Foundation, formed to disseminate "ideas worth spreading."
TED was founded in 1984[1] as a one-off event and the conference was held annually from 1990 in Monterey, California.[4] TED's early emphasis was largely technology and design, consistent with a Silicon Valley center of gravity. The events are now held in Long Beach and Palm Springs in the U.S. and in Europe and Asia, offering live streaming of the talks. They address an increasingly wide range of topics within the research and practice of science and culture. The speakers are given a maximum of 18 minutes to present their ideas in the most innovative and engaging ways they can. Past presenters include Bill Clinton, Jane Goodall, Malcolm Gladwell, Al Gore, Gordon Brown, Richard Dawkins, Bill Gates, educator Salman Khan, Google founders Larry Page and Sergey Brin, and many Nobel Prize winners.[5] TED's current curator is the British former computer journalist and magazine publisher Chris Anderson.
From 2005 to 2009, three $100,000 TED Prizes were awarded annually to help its winners realize a chosen wish to change the world. From 2010, in a changed selection process, a single winner is chosen to ensure that TED can maximize its efforts in achieving the winner's wish. Each winner unveils their wish at the main annual conference.
Since June 2006,[1] the talks have been offered for free viewing online, under Attribution-NonCommercial-NoDerivs Creative Commons license, through TED.com.[6] As of November 2011, over 1,050 talks are available free online.[7] By January 2009 they had been viewed 50 million times. In June 2011, the viewing figure stood at more than 500 million,[8] reflecting a still growing global audience.[9] 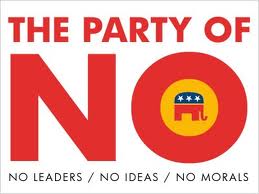 This man, below, this very successful man, is speaking truth. This man understands fully the concept of enlightened self-interest; there is no long term economic health or growth for his business under the GOP and Tea Party failed economic theory of legislated looting.


Play it again Sam......er, TED.  It is desperately needed most basic Econ Ed.


So........who IS Nick Hanauer?  Wikipedia is great for these thumbnail bios:


Nick Hanauer is an American entrepreneur[1] and venture capitalist living in Seattle, Washington.

Business career
After earning his Philosophy degree from the University of Washington, Hanauer got his business start at the family-owned Pacific Coast Feather Company, where he continues to serve as Co-chair and CEO.[2] In the 1980s he co-founded Museum Quality Framing Company, which has become a large West-Coast franchise.[3]
In the 1990s, Hanauer was one of the first investors in Amazon.com (where he served as adviser to the board until 2000). He founded gear.com (which eventually merged with Overstock.com) and Avenue A Media (which in 2007, under the new name aQuantive, was acquired by Microsoft for $6.4 billion). [4]
In 2000, Hanauer co-formed the Seattle-based venture capital company, Second Avenue Partners. The company advises and funds early stage companies such as HouseValues[5] Qliance,[6] and Newsvine[7].

Hanauer is co-founder of The True Patriot Network, a political action tank framed upon the ideas he and Eric Liu presented in their 2007 book, The True Patriot.[8]
Hanauer is active in the Seattle community and Washington’s public education system. He co-founded the League of Education Voters (LEV), a non-partisan political organization dedicated to improving the quality of public education in Washington. He also serves on the boards of Cascade Land Conservancy, The University of Washington Foundation, The University of Arizona's Mount Lemmon Science Center and the Biosphere2 climate research project.[citation needed]

(Thanks, Muddy for alerting me to this.)
Posted by dog gone at 1:15 AM