Ho ho! They must go,
and the rest look like Pinocchio!

The time has come for the big field of Republicans to go away, according to this recent info from the Huff Po:


A majority of likely Republican voters think that every candidate save Sen. Ted Cruz (R-Texas), businessman Donald Trump, Sen. Marco Rubio (R-Fla.) and retired neurosurgeon Ben Carson should drop out. (The survey was conducted in part before Paul and Santorum's announcements, but finds ample support for the idea of them ending their respective campaigns.)
The other GOP candidates whom voters say they wouldn't miss much include former Florida Gov. Jeb Bush, New Jersey Gov. Chris Christie, former Hewlett-Packard CEO Carly Fiorina, Ohio Gov. John Kasich and former Virginia Gov. Jim Gilmore.
Even Carson is teetering on the bubble -- 43 percent say he should quit the race, compared to the 12 percent or fewer who say the same about Trump, Rubio or Cruz.


According to a poll by YouGov.com, this is what failure looks like:


But when asked who is most likely to win the primary overall, only 27% of Republicans cite Trump, down 30 points from a poll conducted just days before caucus night. 29% now expect Marco Rubio to be the nominee, following the Florida senator’s surprisingly strong finish in Iowa. Last week, only 9% thought Rubio was most likely to win. Expectations for Ted Cruz, at 24%, are slightly behind Cruz and Trump. No other candidate is higher than 2%. 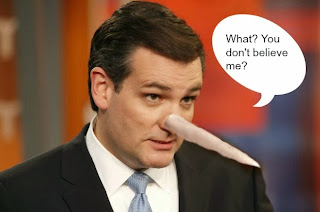 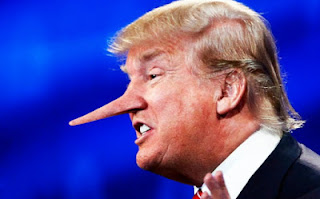 I applaud Ben Carson for his polite skepticism regarding the apology from Ted Cruz, the one where he indicated he would wait to see what the actions of Cruz show about his sincerity.  The reality though is that Carson would likely come in third out of three among the candidates from Florida, Rubio, Bush and Carson.   It is not clear that any one of those three could win Florida in a national election, with Florida being an important swing state essential to achieving the presidency.  Carson is an idiot savant, brilliant in his profession, but clearly prone to weird and wandering statements that indicate he lacks the broad, well-rounded education and background necessary for the presidency.  He is unpopular outside of the other crazy evangelical extremists like himself, and losing ground fast.

Imho, the buck stops with Cruz for the actions of his campaign; his failure to fire anyone from his campaign, along with his defense of promoting a false narrative (Carson never indicated he would have a "big announcement" suggestive of quitting),  argues he had very little relative problem with the actions of his staff who represented him in Iowa.

At the same time we see the Trump classic conservative false claim of being victim, with the accompanying failure to own his part in his own loss in the state of Iowa.  Clearly his bad second place is more likely the result of his refusing to attend the candidates debate.  No individual responsibility there!  Indeed it appears that Trump might finally be offending the gullible with his bad loser antics.  Whining as he has been about losing, on top of his bitching about Megan Kelly, is showing him to be quite different than the tough guy image he was attempting to project.  Now he just looks like a loser with foolish excuses.

WHEN he fails to be the right wing nominee, it remains to be seen if Trump will pursue even greater hubris and folly by running as an independent, further fracturing the conservative vote, out of either spite or the mistaken notion that he could win.  Trump CANNOT win, except possibly in the alternate reality in his own egotistical mind.  Among other problems, no candidate for president has ever previously won after a single divorce, other than Reagan, never mind multiple divorces.  And there appears to be some inherent opposition to a foreigner in the White House as first lady, which would apply to Trump's latest wife, as well as to the wife of Jeb Bush, from Mexico.

A little history trivia, the only foreign born first lady was the wife of John Quincy Adams, Louisa Johnson, who was born in London, daughter of an Englishwoman and an American merchant (Joshua Johnson).  Her uncle Thomas Johnson later served as governor of Maryland and a Justice of the Supreme Court.  Some of the Johnson family had always remained in the colonial US, and were - unlike other potential first ladies who are immigrants or 1st generation Americans - always well accepted socially and politically.

We see Rand Paul, Rick Santorum and Mike Hucksterbee all dropping out of the race.

It is unlikely Santorum could carry his home state of Pennsylvania if he were the candidate for the GOP; likewise it is unlikely Mike Huckabee could win his home state of Akransas. More aptly Huckster-bee, since he sold the remains of his tattered integrity pushing quack diabetes cures. The same could be said for remaining candidate Chris Christie, who is despised in his home state where he has been a very unsuccessful governor, and for the other departed governor candidates Jindal and Walker. This is similar to failed candidates in the prior election, like Tim Pawlenty and Michele Bachmann, who did not have the support in their home state of Minnesota for higher office, and for Paul Ryan who failed to carry his home state of Wisconsin in the 2012 election cycle, and did not even carry the vote in his own hometown of Jaynesville. Likewise, the other candidates who have left the race really never had a prayer of becoming the GOP candidate; rather, they either ran on delusionally inflated ego, or in the hopes of the exercise in futility having some other form of payout.  I would argue that most of the candidates from the right in the 2016 election cycle never seriously believed they were viable candidates.
Posted by dog gone at 12:20 PM