Critical Race Theory: it shouldn't just be "wippl" who are getting uncomfortable talking about race. 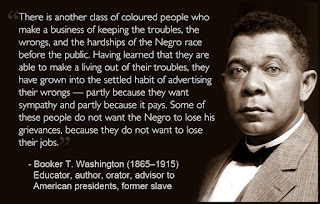 Hey, Bring it if we are going to have an open, honest, and unbiased discussion of race in the US. But the object here isn't to do that: the object is to make "wippl" uncomfortable. But before we start having this discussion, we need to have a definition of what exactly "racism" happens to be since I'm seeing that some people are unclear on the subject:

So, we might want to have some self-examination before we start criticising.

I was tempted to call this "CRT, BLM, and Black Conservatives" since not all black people like CRT. Except not all the black people who dislike this theory happen to be conservatives. In fact, there are  a couple of different critiques of CRT in the black community, which I'm not going to discuss here (I've done it a bit in other posts).

Take it or leave it.

Critical Race Theory takes this argument and posits that power struggle is limited solely to race. Although true CRT looks at ALL races. The problem with CRT is that it's nebulous, sort of like "Black Lives Matters". Both are things which are out there, but no one has a real understanding what the fuck either one actually happens to be. To be quite honest, a racist organisation could take over the slogan "black lives matter" for their program of genocide.

In other words, these two concepts are out there and they are whatever the fuck anyone wants to make of them. Worse, they attack anyone who questions them, which is amusing. But as I point out, proper CRT looks at all races, not just "wippl", but that's not what is going on here.

In fact, the honest assessment of the racial situation isn't happening. If anything, this is a sick parody of the situation.