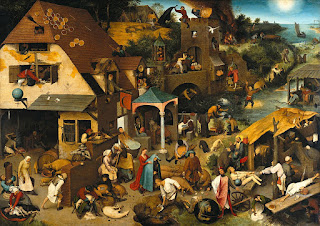 I love Bernie Sanders: don't get me wrong.

I was one of his early supporters in 2016 since I couldn't see Hillary Clinton run unopposed for President.

I am firmly of the belief he would have won and been a much better president than anyone else if he had a chance to win.

Sanders was the people's candidate in that he ran his campaign on small donations. He was like "the people's millionaire" who had one million people send him a dollar each. Yet the "Democratic Party" chose to run Hillary Clinton with the obvious result that she lost.

And she lost in such a way that she should never think of running for office. Also that her supporters should accept that they are pretty much responsible for the Trump presidency. I say this because Clinton could not understand that the electoral college was where the election would really be won.

And while Clinton had one of the largest popular victories ever, that means fuck all.

The system is corrupt in that it is rigged against the popular candidate, whether in the primary process or the actual election being thwarted by the Electoral College.

There is an irony that someone who "won" the nomination (Clinton) did do in a way that a popular candidate (Sanders) would lose. But the system is rigged so that the popular vote is meaningless and her victory is without significance. Even more importantly her campaign was clueless to that aspect of the election.

Where do Netherlandish Proverbs come into all of this? At the bottom of the painting is a man filling in a hole where the calf has drowned ("Als het kalf verdronken is, dempt men de put").  This is the Dutch equivalent of "shutting the stable door after the horse has bolted". This saying is quite widespread in the Dutch language. It is used in many occasions where something should have been done before, but nothing has been done.

The "Democratic Party" has already demonstrated that it isn't democratic in any way. Likewise, it will look for every excuse and issue except for what has actually led to this mess. That requires too much self-examination for the establishment parties.

So, while I was hopeful that a Sanders candidacy could have been meaningful in 2016: that election demonstrated that the popular vote is meaningless.  I have happily left the two party system to once again be an independent.
Posted by Laci The Dog at 1:01 PM