If you signed this petition here - thank you, for a humanitarian act, one of the better aspects of the power of the blogosphere to contribute to the direction of current events.
From:

Amazing! After more than 150,000 petition signatures from Change.org members and saturation media coverage, news outlets worldwide are reporting that Apple has pulled an iPhone application launched by Exodus International that claimed to help "cure" gay and lesbian people.

This is a huge, public victory against the dangerous myth that gay young people can and should be "turned straight" -- a falsehood that contributes to the plague of depression and suicide afflicting these kids and young adults. Our friends at Truth Wins Out, the organization that started the petition on Change.org, are absolutely thrilled.

Apple did the right thing because an incredible 151,125 Change.org members -- including you -- stood together to demand it. We spread the word on Facebook more than 55,000 times. And together we attracted the attention of media around the globe, including CNN, MSNBC, Fox, ABC, CBS, and hundreds of newspapers and blogs.


It's simply amazing. Thank you for making this victory possible. 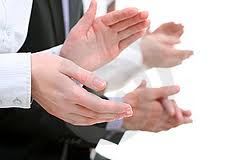