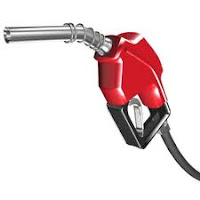 From my email inbasket today, from the nice people at the Annenberg Public Policy Center:

Conflicting, false and misleading statements on oil production and gasoline prices have become the currency of politicians lately, as oil tops $100 per barrel and gasoline hovers near $4 per gallon. Among some of the claims that got our attention:

Top Republicans blame President Obama’s moratorium on deepwater drilling for rising gasoline prices. The moratorium delayed drilling of some new wells, but did not affect the output of wells already in production. A projected drop in total domestic oil production this year should amount to six-tenths of 1 percent of all U.S. consumption of liquid fuels. A Wall Street oil analyst told us the moratorium has had "zero" effect on prices.

Rep. Kevin McCarthy said "under this administration our output has gone down 13 percent." McCarthy is wrong — U.S. oil production was up in 2009 and 2010, and is projected to decline only 2 percent this year.

Sarah Palin said Obama is "allowing America to remain increasingly dependent on imports" from unstable countries. But there has been a decline — not an increase — in total oil imports from Middle Eastern and African countries, as well as countries identified by the State Department as "dangerous or unstable," since Obama took office. (There's more - follow the link!)